From Costa Rica I took a big leap south to Lima, Peru where I have been for several weeks visiting my son who lives here permanently.  After travelling in Central America for the past three months, I was a bit culture-shocked upon arrival to this immense metropolis.  As a taxi driver informed me, Lima has more than 13 million inhabitants.  It could hardly be more different than Monteverde Costa Rica. 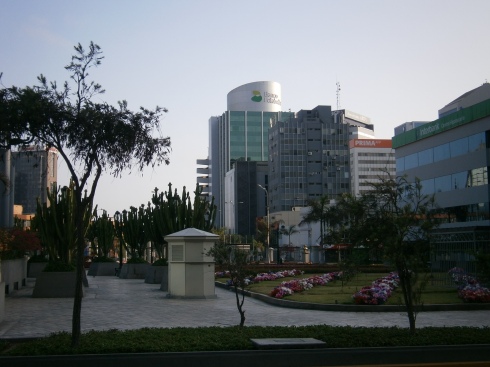 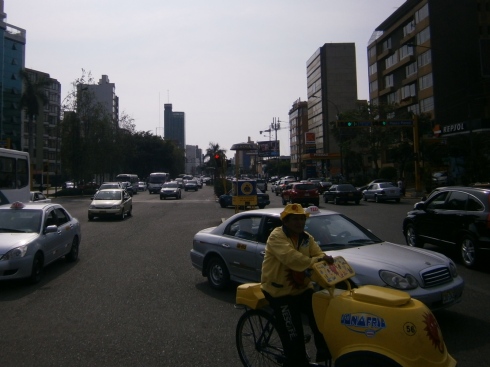 I’m staying at a very comfortable hostel, Youth Hostel Malka, located in San Isidro, near the touristy district of Miraflores.  If Lima were New York City, than San Isidro and Miraflores would be Manhatten.  Most hotels are quite expensive here, but the hostel is only $12 a night for a dorm, and they throw down a really great breakfast with fresh squeezed OJ, eggs and fresh rolls, coffee or tea.  It is a considerable distance from Callao, where my son lives, so I have become adept at utilizing the very efficient microbus system.  You can catch a bus easily within 5 minutes and they charge little more than fifty cents for most destinations.

Throughout the metropolis are beautifully manicured parks, which is really nice in such a vast concrete jungle.  There are also quite alot of birds about, mostly pigeons and doves, though from time to time some exotic species may appear. 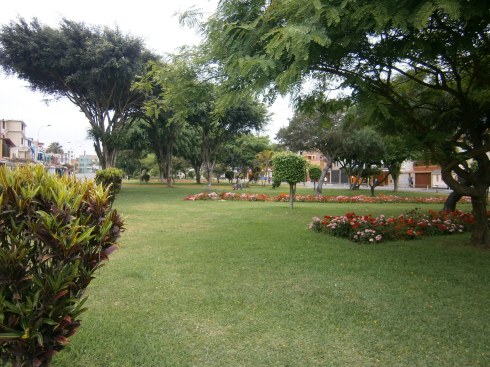 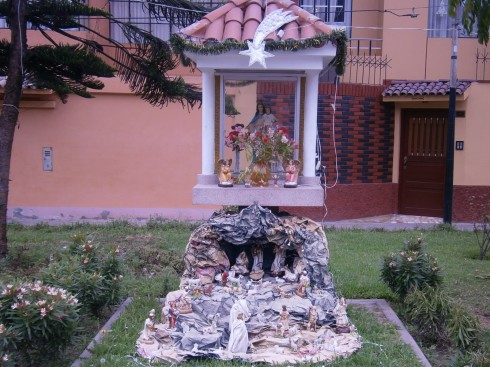 Many of the small neighborhood parks have permanent shrines, and for Christmas they add a nativity scene.  The baby Jesus doesn’t appear until Christmas day. 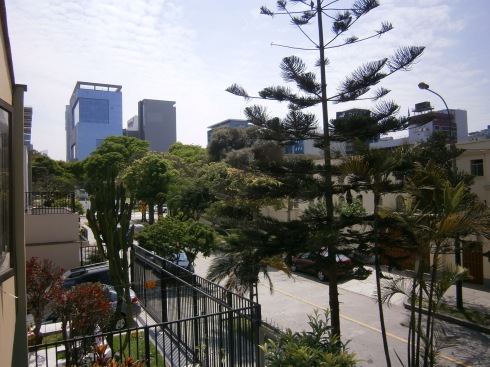 Peru is full of ancient ruins, and Lima itself has several “Huacas”, which are something like mudbrick pyramids.  This is one in the heart of San Isidro, Huaca Pucllaya.

The tour guide at the Huaca assured us that the Incas had developed 3000 different varieties of potato, although I think that 300 is sufficiently impressive.  He also showed us “cuys”, or guinea pigs, which are a popular food in the Andean regions, and the “Perro Chino”, a hairless dog which is actually native to Peru.  The guide was sincere in pointed out the great advantage this pooch has as a substitute for a hot water bottle in bed at night.